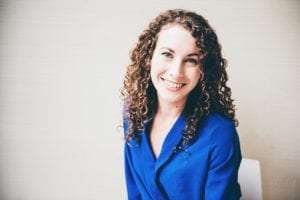 A dual citizen from Toronto, Canada, Roslyn Green moved to Chicago and completed a Civic Fellowship with the Civic Orchestra of Chicago.  Passionate about music’s importance within the community, her Fellowship saw her implementing projects ranging from a chamber tour of CTA stops to writing songs with members of the community affected by gun violence.

Having trained on violin from a young age, in particular with the late Jacques Israelievitch, Roslyn completed a BAH in English and Drama at Queen’s University while working as a contract violinist with the Kingston Symphony.  Upon graduation, she returned to Toronto and studied violin privately with iconic Canadian violin pedagogue David Zafer.  She began viola studies with Yosef Tamir in 2013, and subsequently won a spot at the Glenn Gould School of the Royal Conservatory the following year.  Roslyn completed her Artist Diploma on the Dean’s List in 2016 under the tutelage of renowned violist Steven Dann.  She has played in masterclasses for artists including Kim Kashkashian, Ettore Causa, Geoff Nuttall, Kikuei Ikeda, and the Juilliard Quartet.