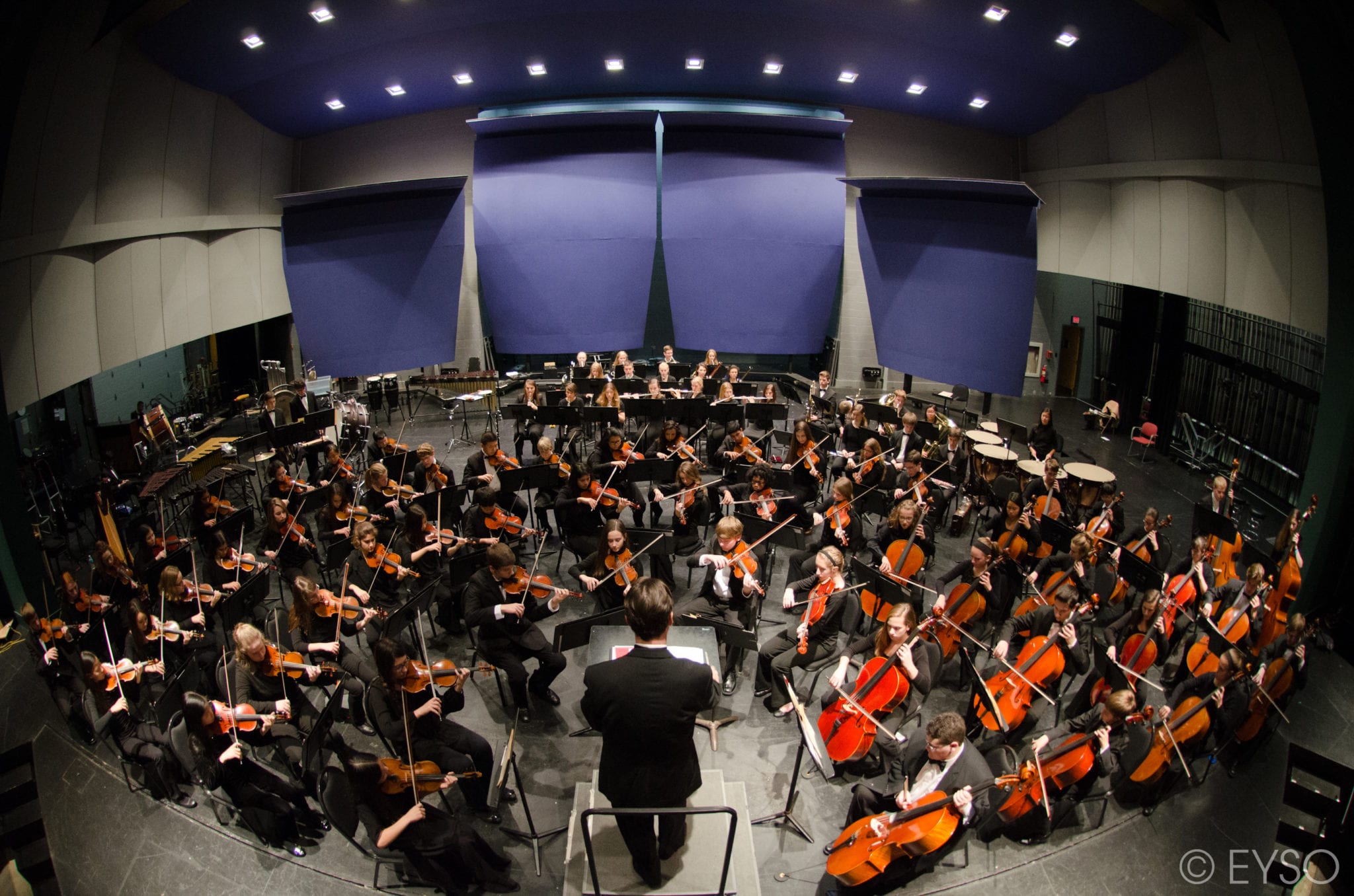 EYSO Awarded “Programming of the Year”

We are proud to announce that the EYSO has received the Programming of the Year award from the Illinois Council of Orchestras, in recognition of the innovative musical presentations in our 2013-14 Bardology season, which explored music influenced by William Shakespeare. The ICO has recognized the EYSO with four awards in the past, including Youth Orchestra of the Year (2000 and 2007), Conductor of the Year (Artistic Director Randal Swiggum, […]
Do you like it?
Read more →

At our March Soirees Musicales concerts, we were thrilled to honor EYSO’s 2015 Music Educator of the Year: Lynne Green, founder of the Lynne Green School of Flute and longtime band director at St. Patrick Catholic School in St. Charles. Lynne Green is not only well known to several generations of former band students in the Fox Valley but especially beloved by a loyal and passionate community of flute players […]
Do you like it?
Read more →

Our season begins this September at the Elgin Community College Arts Center, where EYSO is an In-Residence Ensemble.
Do you like it?
Read more →
No results See all results