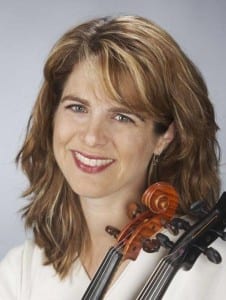 Daryl Silberman conducts Prelude and coaches in the Chamber Music Institute. Her colorful teaching style has been compelling students for many years. She is an orchestra director at Waubonsie Valley High School in District 204 in Aurora, IL. Daryl studied viola at the University of Colorado at Boulder, San Francisco Conservatory of Music, and University of Southern California. Before moving to the Chicagoland area, she spent 6 years teaching high school and performing in Salem, Oregon. In years past she maintained a private teaching studio and had an active performing career as a freelance violist and violinist in Los Angeles and the San Francisco Bay Area performing with regional orchestras, singer-songwriters, movie studio orchestras, chamber groups, and baroque ensembles. She was named as one of “50 Directors Who Make a Difference” in 2011 by School Band and Orchestra magazine. In her free time, she is an avid yogi and a busy mom of 2 teens.